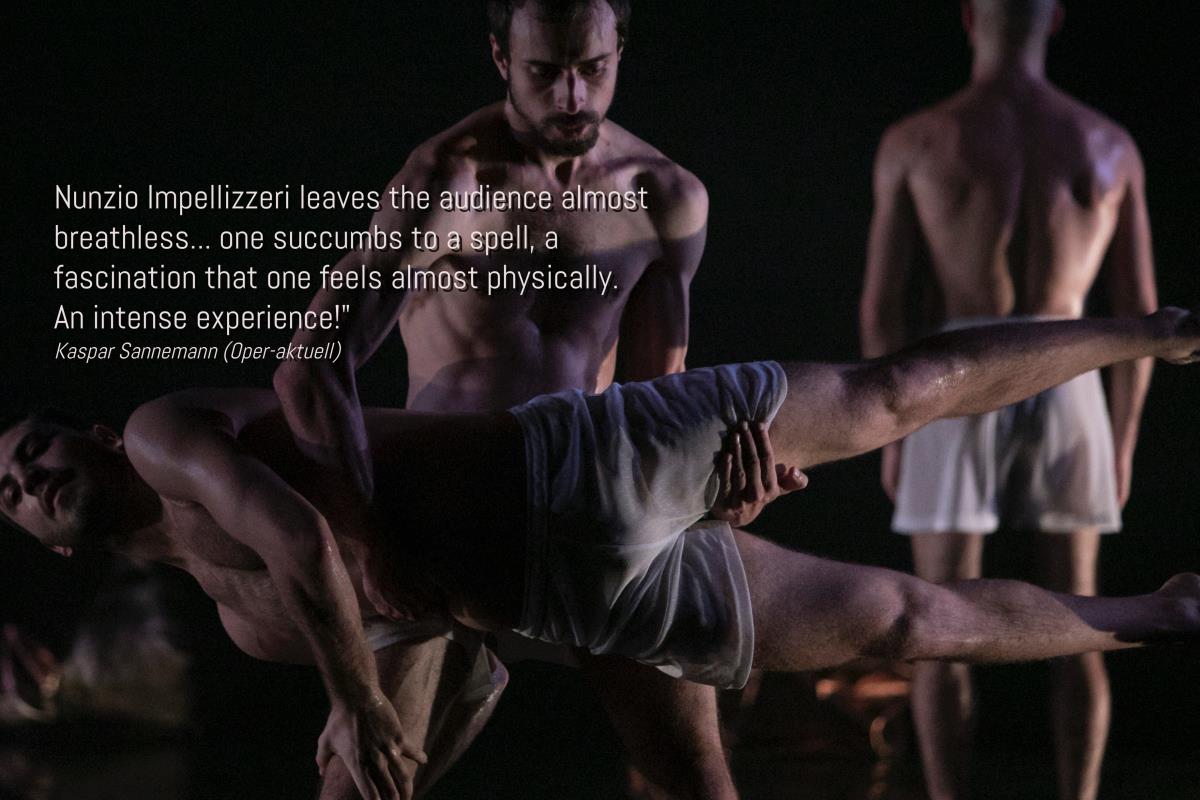 NUNZIO IMPELLIZZERI DANCE COMPANY  was founded in 2014 to produce and spread the work of artistic director and choreographer Nunzio Impellizzeri.

The launch of the Zurich based company was the dance video "Quieta... inquietudine", which has been awarded with the audience prize at the Loikka Dance Film Festival for the 60secondsdance competition in Helsinki in 2016.

There is nothing like fishes and snow to better investigate silence, trying to sculpt its forms, its whispering, its laws, and through dance to show those moments when, quoting a reflection by Peter Handke 'the extreme need to communicate, (...) coincides with the extreme inability to speak'.
★★★★ Giuseppe Distefano - Sipario

Nunzio Impellizzeri creates some exceptional movements with the dancers.
...Sometimes you don't know whether there are bugs or mammals, boys or girls on the stage ...and it doesn't matter because the important thing is the effect he achieves.
★★★★ Carmen De la Figuera, Heraldo

Nunzio Impellizzeri leaves the audience almost breathless… one succumbs to a spell, a fascination that one feels almost physically. An intense experience!
★★★★ Kaspar Sannemann, Oper-aktuell

The dancer’s bodies are blurred figures inside the essential frame of space, light and sound, in which they dynamically turn into performance.
★★★★ Michele Olivieri, Dance Promoter

Performances that do not allow the spectators to lean comfortably, but instead always capture, arouses curiosity and draws attention: the fine art of choreography.
★★★★ Bote vom Untersee und Rhein