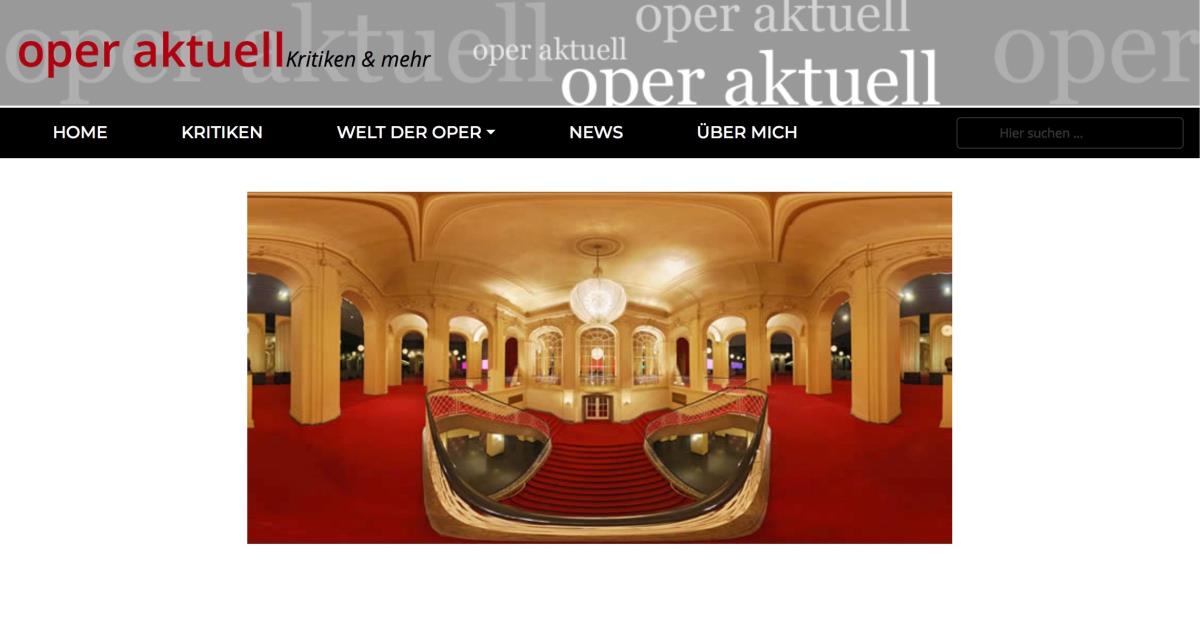 In addition to the highly subsidized ballet at the Opera House, Zurich also has a second dance troupe that deserves attention - the NUNZIO IMPELLIZZERI DANCE COMPANY.
* Kaspar Sannemann (Oper-aktuell)

The Hellenistic statue "Dancing Satyr" inspired Nunzio Impellizzeri so strongly that it became the muse for his new piece. The figure with eyes of white alabaster without arms and with only one leg dances regardless of its imperfections. This leads to the question of why the imperfect creates such beauty. In a present where the sense of beauty is increasingly distorted, the choreographer focuses on the imperfect body and its gestures.

The bodies of the dancers embody on a journey in which the defect, the anomaly and the exception - key concepts of baroque art – become synonymous with beauty and poetry.(copyright of the text: Nunzio Impellizzeri Dance Company)

Critique:
Completely out of the darkness, accompanied by the electronic sounds of Selma Mutal and Tarek Schmidt, a choreography of elemental force and archaic, raw power is created: CORPO BAROCCO, conceived and choreographed by Nunzio Impellizzeri, performed by five dancers of the NUNZIO IMPELLIZZERI DANCE COMPANY. Based on the question of why the imperfect can be so fascinatingly beautiful (see baroque imagery), choreographer Nunzio Impellizzeri develops the 60-minute evening that leaves the audience almost as breathless as the extremely demanding dancers. Because Impellizzeri demands everything from them, and does not grant them a break. They race across the stage incessantly, tearing their faces to ugly grimaces, ejecting hissing and smacking sounds, moaning, snorting, dislocating, fighting, arguing, competing. But then there are also wonderfully poetic moments, moments of solidarity of the ugly, approaches of a male tenderness that doesn't seem kitschy. Of course, the five dancers are NOT ugly, quite the opposite. But they do everything, up to the complete self-abandonment and exhaustion, in order to obtain this impression. They often seem like Gollum from the Lord of the Rings, self-referential, avenging. At the beginning they throw lumps of gold onto the stage, limiting the freely available space for the dance. Since these gold cushions are always different, moved, pushed, the five dancers are dependent on improvisation - and on deep mutual trust in movements, jumps, flying through the air and being caught. Sometimes they stare motionless into the audience - and since you sit very close to them in the Tanzhaus Zurich, they have to endure it first of all. That's oppressive - and captivating. In this fast first part, which lasts almost 40 minutes, the men are dressed in mysterious costumes made of thick strings. There's something archaic about this, too, almost like a medieval chain mail, a kind of colourful tank that has to be blown up at some point. And it does, the dancers get rid of their cord costume behind columns of frosted glass and master the second part in white shorts. The music becomes softer, vocals and organs now dominate the sound world. The dancers seem to tear out their organs, to exchange them, blood brotherhood of the ugly? Self-mutilation? The munching noises increase again, ecstatic dancing takes place, like dervishes, almost to the point of total collapse. In the end they all retreat under a lamp (the compelling light design is by Marco Policastro), again a solidarity becomes noticeable, a reconciliation. Breathing becomes quieter, fades into renewed darkness. This is all very moving and - yes, disturbing - changed. But during the one hour, one succumbs to a spell, a fascination that one feels almost physically. Big applause (unfortunately this was the last of five performances) for the five excellent dancers Antonio Moio, Alessio Sanna, Claudio Costantino, Dominik Mall and Neil Höhener. They have truly accomplished admirable - high-performance sport coupled with intense expression.

In addition to the highly subsidized Compagnie des Ballett Zürich at the Opera House, there is a second troupe in this city that has to fight for every franc of support. The NUNZIO IMPELLIZZERI DANCE COMPANY deserves more attention from the audience interested in dance, it doesn't need to fear the big shadow of the Zurich Ballet - and for less than a tenth of the Opera House entrance fee you sit very close to the dancers, see every emotion, every facial expression.
An intense experience!

If you missed the performances in Zurich, you can go to Naples, where the troupe will be performing from 19 to 21 October.